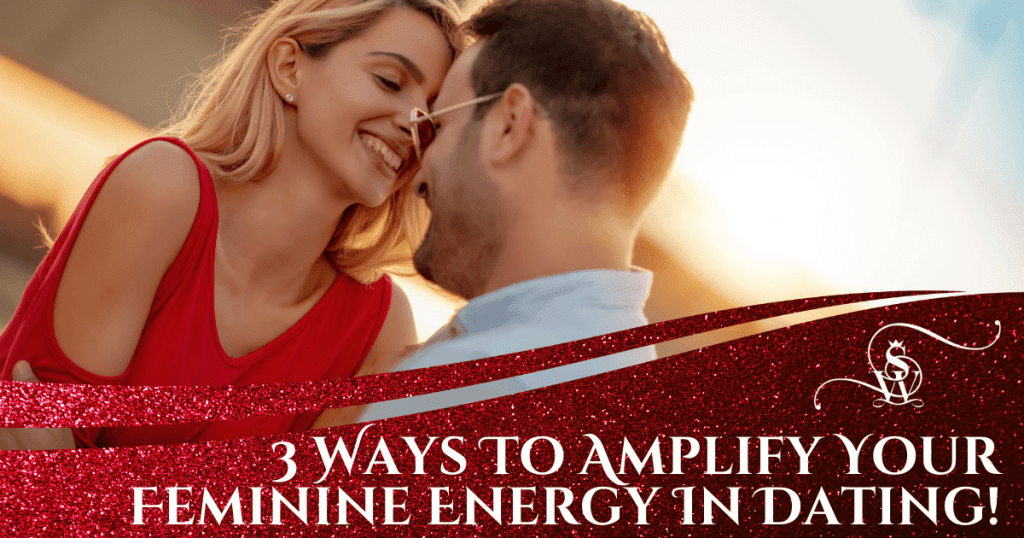 3 Ways To Amplify Your Feminine Energy in Dating

When you’re dating, do you find yourself hyper-focused on one man, feeling anxious and checking your phone very often to see if he’s sent you a message or called you?

Do you know deep in your heart how good it feels to be pursued by an amazing man, and yet, in those moments of anxiety, you send him little texts like “Thinking about you. How was your weekend?” just to get the conversation flowing?

If you find yourself doing the above, you are in your Masculine Energy. This is a great energy to be in for your career, hobbies and parenting, but it is not your friend when it comes to romance! Why Do We Need To Amplify Feminine Energy In Dating?

Simply put, we want to amplify Feminine Energy in dating because it’s what attracts a high-value masculine man.

No matter how successful and high-achieving you are, if you dream about being pursued by masculine men who can do and give for YOU, then embracing Feminine Energy in dating is the way to go.

Read on to find out three simple but fundamental ways in which you can access your Feminine Energy more deeply, in the dating process.

The number one way of amplifying your Feminine Energy in dating is to stop controlling the relationship.

As part of being the woman who is choosing to embody her Feminine Energy in dating, you don’t want to ‘step ahead of the man’ in the relationship timeline.

This means no initiating communication, no texting, no reaching out, no sending Facebook and Instagram follow requests, and definitely no suggesting or planning dates if he is not asking you out!

Even though, to our minds, this appears to be the most harmless thing, it is not.

How To Start Releasing Control & Enhance Your Feminine Energy In Dating

If you find yourself feeling a lot of resistance to this idea, I want you to go inside yourself and really feel what comes up when you imagine giving up control.

Most often, what my clients feel is AFRAID. Afraid that, if they don’t make a move, the man is never going to make a move himself.

Overcoming the fear of losing a man is the first step towards releasing control and amplifying your Feminine Energy in dating.

And the antidote to this fear is to adopt the healthy mindset that, when a masculine man is really into you, he WILL step up, if you just create the space for him to do so by leaning back and relaxing in your Feminine Energy in dating.

“When a masculine man is really into you, he WILL step up…” Tip #2: Be The Lighthouse (Not The Laser Beam)

Even when you stop controlling and initiating contact, you may still not be fully in your Feminine Energy in dating.

Most often, this takes the form of being hyper-focused on one man.

Some examples of how it looks like in practice include:

This is a major attraction-killer and is going to make a masculine man run away.

My favorite metaphor to help you overcome this hyper-focus is that of the Lighthouse and the Laser Beam.

The woman who is putting her life on hold for a man is like a laser beam – a concentrated, ‘dense’ light going in only one direction.

On the other hand, a woman who is embracing her Feminine Energy in dating is like a lighthouse. She emits light for everyone around. Ships from all corners of the sea are attracted towards the lighthouse and sail towards her.

This is where Feminine Energy becomes a really magnetic quality. It attracts to itself that which it wants, versus going after it.

“A woman who is embracing her Feminine Energy in dating is like a lighthouse.” How To Turn From A Laser Beam Into A Lighthouse

The first step towards being the Lighthouse is having a busy life. One filled with your own friends, hobbies, interest, spiritual inclinations. At a very basic level, this prevents you from directing all your energy to just one man.

The Lighthouse receives attention, gifts, presents from all sides. Her life is so full! She has no time to sit there waiting for this one man to grace her with his attention.

At a deeper level, being the Lighthouse means keeping an open heart and allowing yourself to be seen as ‘the prize’ for all kinds of men. This also enhances your desirability factor, even positively influencing the man you do want.

Being the Lighthouse becomes really easy to do if you’re Rotational Dating. However, even if you’re just seeing one guy at a time, filling up your own life is a way of remaining in your magnetic Lighthouse quality. It helps you amplify your Feminine Energy in dating. 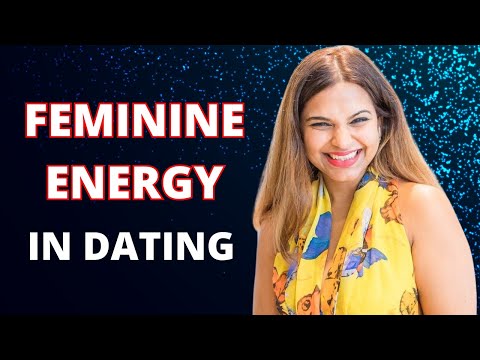 When I was single and still struggling (read my story here), I was the sweet, nice woman who used to DO a lot of things for men.

Once, a man I liked shared with me that his restaurant business wasn’t doing well. I wrote an entire memo on how he could improve the experience for his clients (he never got back to me).

Of course, giving to men and doing things for them is another attraction-killer. N0 wonder dating any of these men did not lead anywhere! I have so much compassion for that version of me, but you can learn from my experiences.

Thus, simply doing less for men is another way to embrace more Feminine Energy in dating.

Remember: A man in his healthy Masculine Energy wants to give to YOU. The Masculine feels a sense of purpose by giving to Feminine Energy. All Feminine Energy has to ‘do’ is to allow and receive joyfully and with appreciation.

If you’re ready to manifest grand love into your life, I invite you to check out my free masterclass on 3  Powerful Feminine Energy Shifts For Career Women To Create The Love Of Their Dreams. REGISTER FOR THE FREE TRAINING