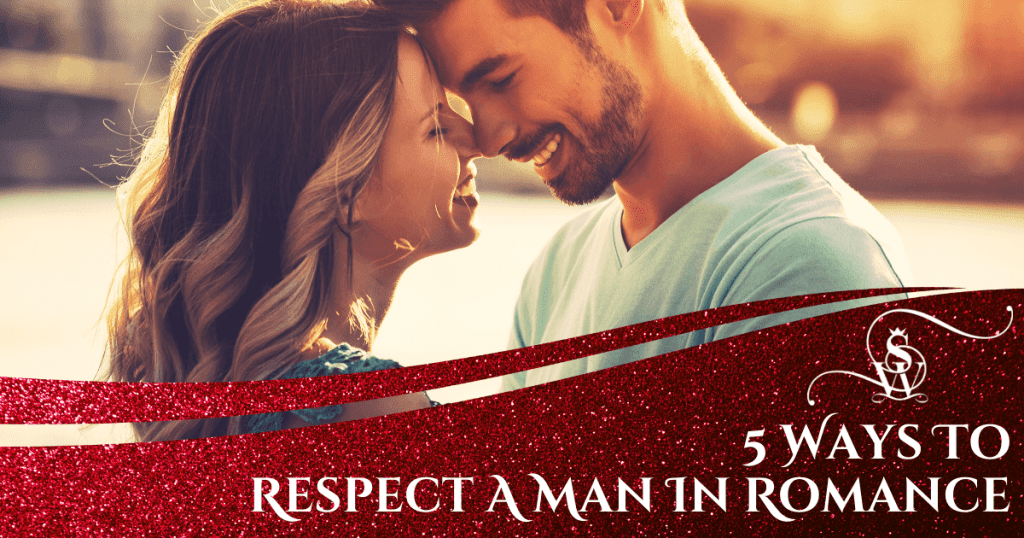 5 Ways To Respect A Man In Romance

My client Gina, a real estate manager from Singapore, curiously asked me on our session yesterday: “Sami, as a woman practicing her feminine diva energy, how do you show that you respect a man you’re dating, or a man you’re in a relationship with?”

Learn How to Bring Your Man Close by understanding the one mistake you could be making in your relationship [click here to download my free gruide!]

At first, I was struck at the simplicity of the question, but when I started giving her real-life examples of what showing that you respect a man looked like, our jaws dropped as we both realized just how deep and profound her question actually was.

You see, Gina, like many other well-meaning, high-achieving women, accidentally emasculates and disrespects men in the course of dating them or being in a relationship with them.

I say “accidentally” because, of course, no woman does it on purpose – and yet some behaviors my clients do are not as harmless to a man as they’d like to think they are.

When it comes to defining what it looks like to respect a man in a romantic equation, in the Wunder world, it looks like accepting a man’s right to have full ownership of his life, choices, his journey. And just like we embrace our own imperfection, when you respect a man, you also respect his right to be imperfect and make mistakes.

Below, I will give you 5 practical examples of what it looks like to respect a man you’re dating or in a romantic relationship with.

When your man wants to take up a job in tele-communications but you think he is better suited for engineering, what do you do?

Do you bulldoze your opinion on him because you know better what’s best for him, or do you express your opinion once and then still respect his right to make the choice for himself?

The latter is to respect a man, the former is called unintentionally taking over his life.

Just because a man is dating you or in a relationship with you, doesn’t mean he is not still a free individual, within the decent parameters of morality.

What do you do when you want to spend time with him, but he wants to go play basketball with his friends?

Do you get angry and roll your eyes at him, or do you respect his right to choose something other than you? The latter is respecting his freedom to be someone with interests that extend beyond you, the former is coddling.

If you’ve not been schooled in relationship skills through my programs already, you wouldn’t know what I am referring to here. So let me explain.

A healthy, masculine man’s core worth lies in giving and providing for his woman and making her happy. For example, what do you do when you go out for a meal?

Do you allow him to be a man and pay for you, or do you dish out cash, meal after meal, because you make more than him anyway and it is no issue for you?

And while I totally get it that it isn’t an issue for you, you’re robbing him of his masculine pride and the opportunity to please you. If done frequently, this attacks his core sense of respect and worthiness – and I’ve seen many of my clients marriages fail because of something similar.

I asked Gina what she would do if the man who was dating her, took the wrong way to the restaurant, in spite of her warning against it.

Would she say to him, “SEEEEE, I told you so”, making him feel like an idiot in front of her, or would she laugh about it and let it go, knowing that he probably feels bad anyway for doing what he did?

The latter is to respect a man, the former, not.

5. To Respect A Man Is To Respect His Preferences And Choices, Even When You Don’t Agree

Let’s say your man decided to spend his money, a grand $40K, on getting a brand new Harley Davidson.

And while it is his money and he has enough of it, this triggers you tremendously.

You think he is making a mistake and wasting money, whereas he thinks he’s enjoying life and that’s what his hard-earned money is for.

What do you do? Do you get angry with him and try to stop him from making this mistake, or do you let him know you don’t think highly of his decision but it is still his life and he is entitled to use his money to his pleasure, as long as it does not affect the family budget?

The former is control and bulldozing, the latter is respect for your man’s right to spend his money the way he thinks fit, even when you don’t necessarily agree with it.

Respect is one of the core emotions a healthy, masculine man wants to feel around a woman he is interested in romantically or in a relationship with.

If you’d like our support in helping revitalize your relationship or marriage or to learn the feminine energy tools to date like a diva goddess, book a complimentary relationship assessment call with my team by clicking here.

Dedicated to your success in love,
Sami Wunder

P.S. Only 2 single rooms are now left for the Wunder Luxury Retreat in Dubrovnik, Croatia for this September. You’re invited to join a high-vibe, global group of women all coming to learn feminine energy and attraction skills in the gorgeous Adriatic Sea coastal town. Sign up here!