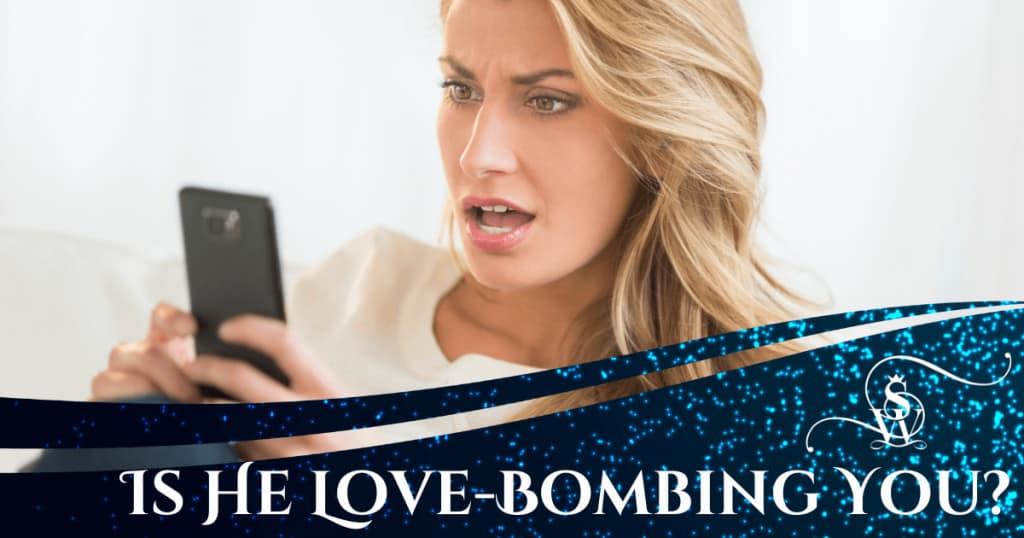 10 Signs Of Love Bombing – Learn To Recognize The Red Flags!

Today, we are talking about the 10 signs of love bombing. Once you learn to recognize these red flags, you will be able to protect yourself from heartache. 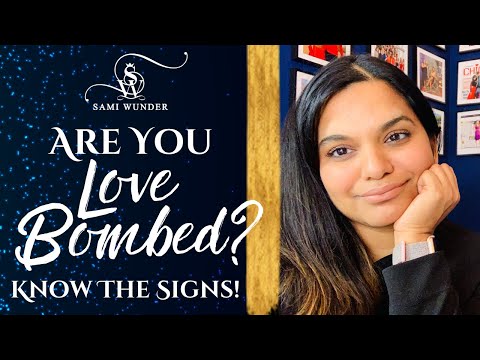 The first of the signs of love bombing is that a love-bomber is going to give you out-of-this-world compliments.

It may feel good to hear these things coming from a man, especially if it’s a handsome, successful man. Or, if you are more in touch with your gut feeling, this avalanche of compliments may feel unreal and off-balance.

Exaggerated praise is a huge red flag. It includes all three of the elements of love bombing that I presented previously: intensity, ‘too much, too soon,’ and something feeling off.

#2: Signs Of Love Bombing – Too Many Texts & Calls

Love-bombers will be wishing you ‘good morning!’, a ‘good afternoon!’, and a ‘good night!’ – every day!

And if they haven’t heard from you, they will be quick to send – “Are you busy? Ignoring me?” or “If you have no time for me, then I am not going to even try.”

If this is happening to you, it’s not healthy. Love-bombers say they’re doing it because they’re into you, but remember, nobody can be into you so quickly. Hence, this is one of the signs of love bombing. 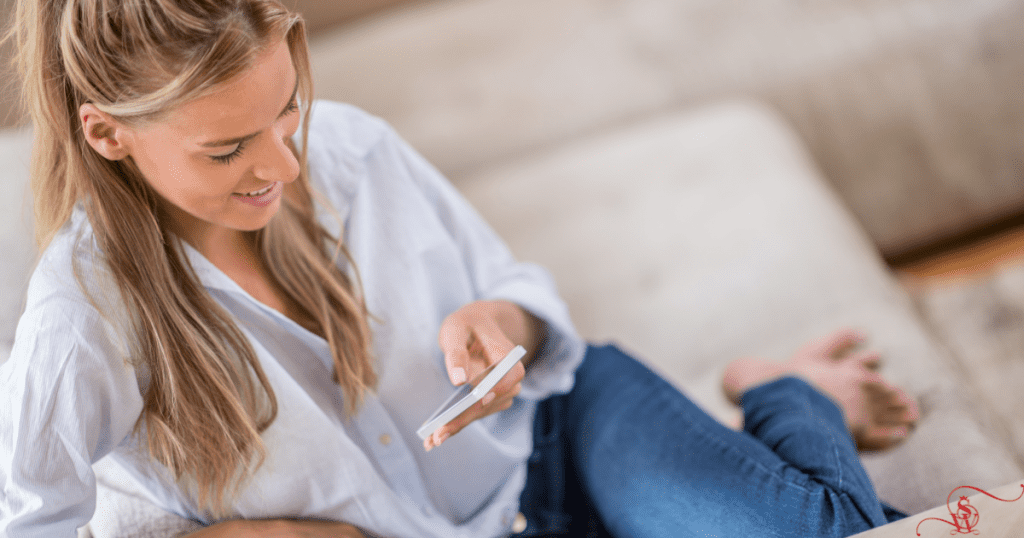 It’s totally normal that a masculine, healthy man would want to impress you and do nice things with you. Yet grand romantic gestures very early on are often one of the signs of love bombing.

A man booking a helicopter ride on date 2, a luxury lounge on date 3 and a trip to Morocco on date 3 is exactly ‘too much too soon.’ And more often than not, he is going to use all the lovely things he has done for you, as an excuse to make you feel bad or indebted. Be wary!

Don’t get me wrong – I believe in Soulmates! Two of my most popular self-study programs are even called ‘Attract Your Soulmate’ and ‘Soulmates Forever.’ But I do NOT believe that you can know someone is your Soulmate within just a couple of dates.

So it is a definite red flag when a man tells you very quickly that you have been made to be together, or that he trusts you 100%, or the infamous – “Where were you all his life?”

At the end of the first date, even “Are you going to miss me? I’m going to miss your voice” would potentially be one of the signs of love bombing.

There is no way that a healthy, empowered man is going to want to get into an exclusive relationship with a woman on date 2 or 3.

If you don’t know my personal story, my husband proposed around 9 months after starting to date me. It wasn’t until around two and a half months that he started the first conversation around defining the relationship.

But before then, I mean, it would be it’s totally unhealthy if somebody wants to lock you down on date 2 or date 3. That is why, you know, it’s a sign of love bombing

Any man doing this after just a few dates is coming from an unhealthy tendency of locking you down and eliminating the competition from other men.

And this is a really non-genuine way of trying to date a woman. Don’t fall for it. Just like love-bombers want exclusivity fast, they also want commitment fast. If his ‘I love you’ happens in the first 2-4 dates, this is unhealthy.

What’s happening here is the love-bomber just repeating his intensity pattern and trying to get you hooked in fast, in an unhealthy way.

Despite what Hollywood has been telling us, it is not possible to truly love someone that you hardly know. It might be attraction, infatuation even, but not real love.

#7: He Doesn’t Respect Your Boundaries

This is one of the most serious of the signs of love bombing, and also one of the 5 behaviors that I teach my clients to never tolerate in dating.

Men who love-bomb do it from a lack of self-esteem and a desire to put the woman in a position where she feels like she owes them something back.

When you draw your boundaries and say ‘no,’ the love-bomber doesn’t like it. It stops his attempt to control you.

At this point, he might try to guilt-trip you – “I gave you so much. How can you ignore me now?”

Or – “After all I did for you, you should want to sleep with me. You should not want to date anybody else at this point.”

Remember, boundaries are a high-value woman’s hallmark. You never, ever want to give them up because some random guy is making you feel like you owe him the world. I’m so proud of myself that, even as a 21-year-old, I did not bow down on my boundaries just because somebody took me out for a few fancy dinners. 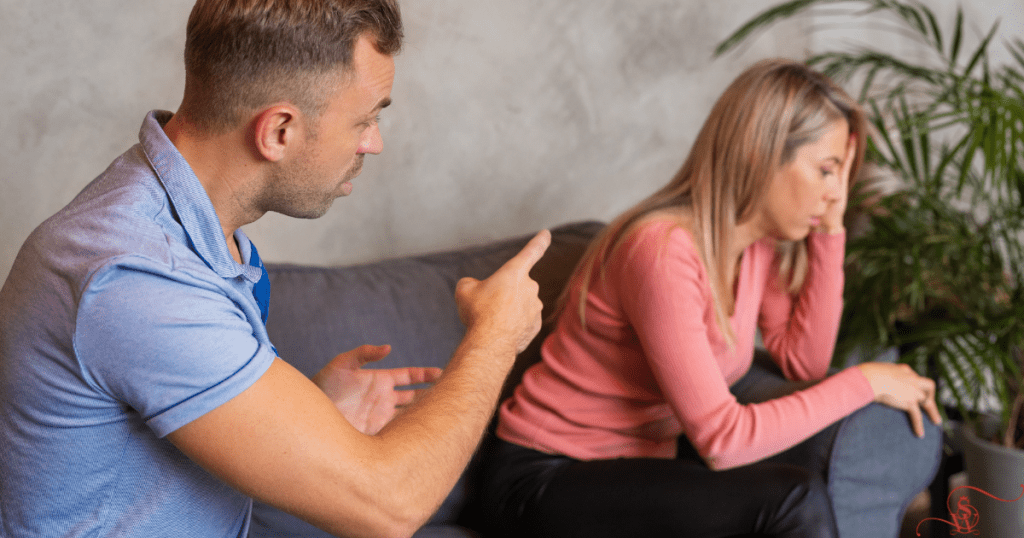 #8: Bench-marking Himself Higher Than Other People In Your Life

“I love you. I’m doing everything for you. Why are your friends and family still important? And taking your time away from me? Why don’t I get to be the center of your attention?”

Once a love bomber has made you trust him and you have started to have feelings for him, he might try to separate you from other people in your life.

This is a huge red flag, because no healthy man who cares about you would ever want to isolate you in this way.

I have to confess, I don’t often use the word ‘manipulation,’ because I believe that you can’t make an empowered person do anything they don’t want to do.

But then I look at the world and see so many women struggling in love and not having the skills and education to differentiate what is healthy and what is unhealthy in love.

Thus, I do think you can be manipulated by a love bomber. The intensity, the romantic gestures and praise, the quick declarations of Soulmate love are all done in a very calculated manner to sweep you off your feet and make you amendable to his desires. Which leads us to the last of the signs of love bombing.

I work with smart, successful women – leaders, CEOs, really successful entrepreneurs – yet even they can fall for love-bombers. For example, with one of my clients, the man started to control her business, not only telling her how to run it, but also trying to get her to fire her team and trust only him.

Such controlling behavior is toxic, abusive, and can be deeply traumatic for the person going through it.

If you have gone through the signs of love bombing, my desire is that you’re going to be able to pick up quite early on that you are being love-bombed, and not end up entangled with such a person.

In the next blog post, I am going to take it one step further and show you how to get rid of a love-bomber, and what you can do to never be loved-bombed again.

If you’re ready to manifest grand love into your life, I invite you to check out my free masterclass on 3  Powerful Feminine Energy Shifts For Career Women To Create The Love Of Their Dreams.